Experience life on the edges of the Anglophone world 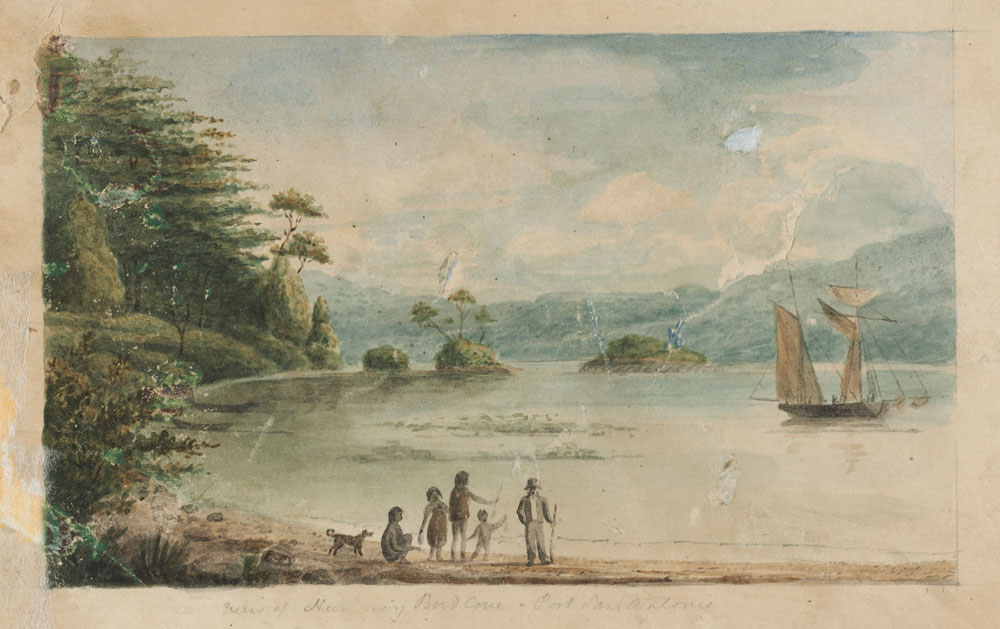 The primary source documents collected here in Frontier Life: Borderlands, Settlement & Colonial Encounters help us to understand existence and consequences on the various frontiers that arose from the movements of Europeans to Africa, Australasia and North America.

When Europeans left their shores in their millions in the eighteenth and nineteenth centuries to settle in faraway Africa, Australasia and North America, they ushered in a new era of global history. The frontier regions that arose from these movements were spaces where people of different backgrounds – cultural, economic, political – encountered, cooperated and competed with one another. The frontiers that came about were dynamic places that resulted in adventure, misery, economic booms, busts and huge extensions of influence. Yet not only wealth but new states and global powers were created as a result of the advances and evolutions of these frontier zones. The European settlers, and for a time Indigenous peoples, then colonial governments and new independent nation states were able to exploit the opportunities that arose as a result of these new dynamics, helping to create a new world order. On the other side was demise for the original incumbents of the lands that these frontiers surpassed. Indigenous peoples were decimated and damaged as a result of these influxes and theirs is a story that is also told here.

The primary source documents digitised and collected here tell the story of some of these frontiers in North America, Australasia and Africa, allowing scholars to better understand the nature and significance of these regions at various points from the eighteenth century up until the twentieth century.

Talking frontiers: watch some of the editorial consultants talk about what a ‘frontier’ is in our video interview feature.

The earliest documents in this collection are from the seventeenth century but the majority of the material originates from the eighteenth and nineteenth centuries. The material covering North America covers the varied frontier regions from fur trappers in Canada to cowboys in Texas and government in Baja California. It is divided into the frontier regions of the American East, the American Midwest, the American Southwest, California & Mexico and Canada. It covers the exploration of these regions followed by trade with native peoples, colonial rivalries, expansion of government and new nations and the final settlement and 'closing' of the frontier.

Africa is mainly represented by its frontiers of the south with the British colonial expansion into modern day South Africa. There are also excellent clusters of material relating to the exploration of West Africa and the colonial administration of Lagos.

The beginnings of European Australia and New Zealand are covered by British government documents, starting with Arthur Phillip and the penal colony at Sydney. The frontiers of other parts of Australia are also covered by documents from the UK National Archives and some material from Australian archives.

Finally, there is some material relating to Central America, specifically British Honduras (Belize), in the form of the George Arthur Papers. George Arthur’s career here relates to the other regions featured here as he spent time on the Canadian and Australian frontiers.

There is a large array of document types published on this site including correspondence, diaries, government papers, business records, land transactions, legal documents, speeches, books and pamphlets. The earliest documents are from the seventeenth century and the latest the mid-point of the twentieth century.

The documents in this collection cover the following topics:

Agriculture & Livestock – Sometimes the first Europeans to create these frontiers were farmers. This material covers the experiences of these people and also ranchers such as those in Texas and then American Southwest.

Arts & Entertainment – Social life and the few artistic endeavours that took place in these regions.

Business, Trade & Commerce – The impact and conduct of economic activity including trade with Indigenous peoples. Find out about the fortunes made and lost.

Children & Family – Far from being a merely masculine place, these frontier areas were also places where families as a whole made their living. There are plenty of documents that will reveal the lives of children in these areas.

Exploration, Expeditions & Travel – The exploration by Europeans of the lands of the Indigenous peoples was often the most dramatic moment of the frontier – the opening. This theme is well represented here in the form of Lewis and Clark’s American journeys and the Niger Expedition among others.

Government & Politics – Exercising political power in these areas could be difficult and existed at two main levels; the local and metropolitan. The dynamics of settler and colonial government and its relationship to these heretofore "ungoverned" regions is well covered here.

Health & Medicine – Sickness was a common feature of these regions and had a huge impact on Indigenous peoples in particular. Though here it is the wellbeing of Europeans that is most in evidence in the documents.

Indigenous Peoples – The original (and current) inhabitants of the lands that came to be dominated by European settlers and governments are a constant and crucial feature of this collection.

Industry & Technology – Included in this theme are the riches that could be had from mineral wealth such as gold and the impact that mining had on the land and migration. Alongside this is the development of transport such as the railroad and communications like the telegraph.

Land & Property – The desire for land was huge for incoming peoples and the documents here discuss the acquisition (forced or otherwise) and systematisation of property from the ‘wilderness’.

Law & Order – The frontier was often a place of violence and disorder and the documents discuss policing and the legalisation of these areas.

Natural World – These areas could be a source of wonder for the Europeans in terms of their flora and fauna. Often expeditions were aimed at such scientific discovery and the European thirst for knowledge of the natural world in these frontiers is very much in evidence here.

Religion – The role that religion played on the frontier could be significant – particularly in the Spanish areas of California. Frontiers were also places where religious exiles settled and the religious roots of abolitionism brought Europeans into contact with the peoples and lands of West Africa.

Women’s History – Though much of the material in this collection is generated by and about males, a more gendered frontier can also be witnessed in the pages here with the featuring of female interpreters, women emigrants and entrepreneurs.